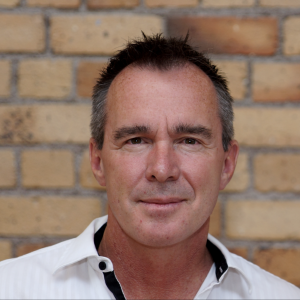 With the rapid advancement of AI (Artificial Intelligence) that can do things like real-time voice-to-text translations and take actions on what you or someone else is saying, the number of people and applications recording phone calls is about to explode.

Call recording has always been interesting for a myriad of reasons.

The most common of these is probably “quality and training purposes.”

However compliance is now playing a part in more businesses. As a result, the need to record calls for compliance is on the rise. For example, the third-party party finance brokers who recently caused so much trouble for the Australian banking industry; are probably going to record all calls from now on.

The problem with call recording however, is that it’s largely useless. No one really listens to or does anything smart with all those recorded calls. Recorded audio files are simply dragged out when there is a problem, and some poor schmuck has to listen to them to figure out where things went wrong.

If you ask most small businesses owners why they want to record calls, it’s to stop disputes over who said what. Primarily, this has to do with settling billing disputes. It’s the classic he said, she said. “You said to do this…” “No I did not!”.

However, the humble call recording is about to change.

With the surge in AI (Artificial Intelligence), recording phone calls and conversations is finally becoming truly useful.  Processing phone calls through an AI engine promises to make call recording infinitely more useful. (More on this below.)

So when and what should you be recording?

Okay, so you want to record your phone calls.

While you probably have valid reasons for this, a lot of people don’t want to be recorded. And how do you record calls anyway/ If you’re using an iPhone, for example, recording phone calls is next to impossible.

With the rapid advancement of AI that can do things like make real-time voice-to-text translations and take action on what you or someone else is saying, the number of people and applications recording phone calls is about to explode.

In this post we explore the legalities, ethics, and technical how-to of recording phone calls. We’ll also look at the impact of AI on the humble phone call. 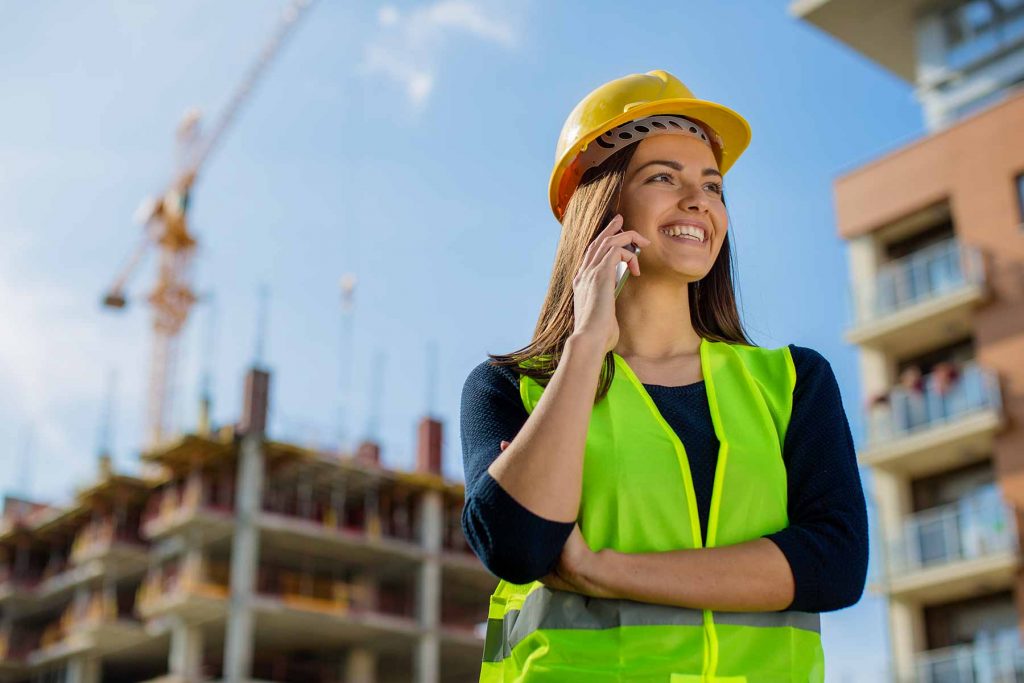 Is it legal to record a phone call?

The simple answer is yes, and no.

It depends on your country, the country of the person you are talking to, and what industry you work in.

Okay, so the answer is not that simple. But it’s easy enough to figure out.

Each country has different rules regarding the recording of calls and conversations.

What does that mean?

While these rules are similar, (just like ice-cream and frozen yoghurt are similar), there are a lot of “flavours” to confuse you, too. (just like with ice-cream and frozen yoghurt). For instance, even though the American government suggests one-party consent is acceptable, states like California are more aggressive and require two-party consent. Yep, California couldn’t help adding nuts on top.

And then some industries (like legal) heap sprinkles and caramel sauce on top, too.

For instance consider lawyers in New Zealand. The New Zealand government says it’s generally okay to record phone calls if one person on the call knows the call is being recorded (one-party consent). However the Law Society has decreed that lawyers must inform clients of any recorded conversations.

As you can see it’s not black and white. The good news is – it’s easy enough to work out how to stay on the right side of the law. Google and Wikipedia are a good place to start.

Spoke recommends our clients inform everyone that calls are being recorded. They can do this verbally on each call, or Spoke can automate this consent with pre-built messages and processes that ensure all legalities are provided for.

Mobile VoIP lets you record calls wherever you are. 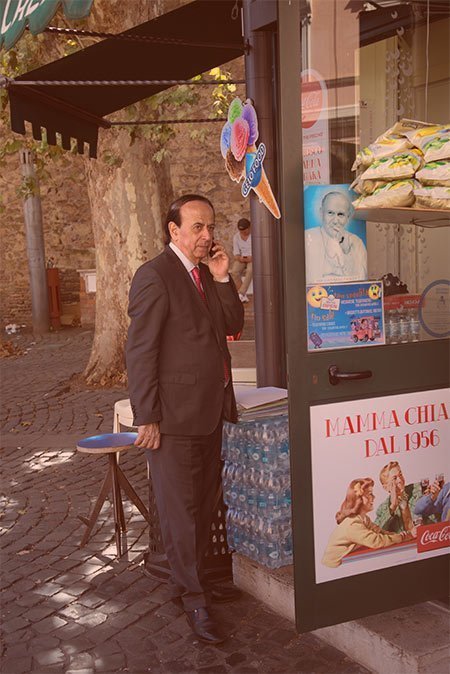 Always be listening - the mantra for future human-to-machine interaction?

If a future of robots that always listen to everything you say sounds scary to you, well, guess what? They’re already here and they’re already listening.

Siri, Google Assistant, and Amazon’s Alexa are already in our homes, (some of us even have them in our bedrooms, though I’m not sure why), and we use them every day to automate the mundane day-to-day things we used to do manually.

Can’t be bothered getting off your butt to turn on the AirCon? “Hey Alexa, turn on Nest to 68 degrees.”

Okay, a lot of you will be thinking “What on earth? Why would people not simply get up to turn on their AC?”

A question for you. Did you use your TV remote today?

Siri, Alexa, and Google Assistant are the garage door openers of today.

Siri, Alexa, and Google Assistant are the garage door openers of today.

So, if the future is already here, then how could this ‘always-be-listening’ future be applied to the humble phone call?

VoiceAI is Artificial Intelligence applied to the things you say and hear. Done right, VoiceAI can make you day infinitely easier and more productive.

Here are a few ways it can do this:

Lawyers could use VoiceAI to become more efficient and keep cases moving quickly.

And yet other folks (especially those who are mobile like tradies or salespeople), could use VoiceAI to take notes on calls and jot down follow-up actions when they don’t have a pen handy. 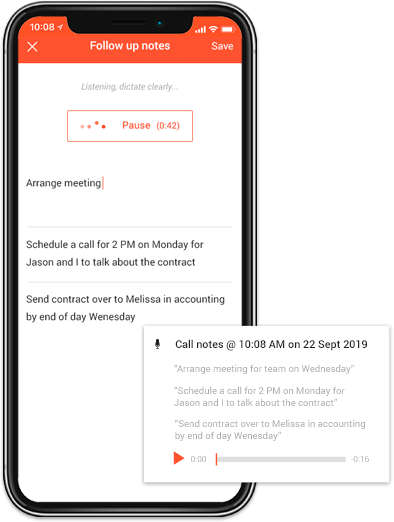 The future of call recording and the changing ethics and attitudes

More time, better customer outcomes, and less risk. On the whole, it leads to a better work-life balance.

For those of us that spend a lot of time on the phone, our nights are often plagued with playing catchup.

I often go from one meeting to another, back-to-back all day from seven in the morning till well past seven at night. Finding time to write up notes and actions in between these meetings just does not exist.

And it’s not just professional folks faced with this quandary. Trades people have it even worse.

Trades people are on the go all day. They’re up on a roof, or in a workshop, or driving, and constantly fielding calls about jobs or projects. For them, writing down notes is not even possible a lot of the time.

When you talk to the average tradie or small business owner, catching up on the day’s calls is usually a job for when the kids are in bed. By that time, they’ve forgotten half of what they were asked or what they promised.

Catching up on the day's calls is no longer a job for when the kids are in bed.

So, how does VoiceAI and all this technology take the next step in effective business dealings?

Underlying VoiceAI is the premise of ‘always-be-listening’ – a robot listening to everything you say. And like its cousin call recording, it will take some time for our attitudes to change.

Here’s what I mean.

If you ring your bank today, you will probably hear: “This call is being recorded for quality and training purposes.” You won’t think anything of it.

If you ring your plumber however and hear the same thing, that’s a different story!

But what if you ring your plumber and hear: “This call uses AI to help me capture your instructions and write up notes about your job” What would you think of that?

How far-off is all this future?

It’s not far-off at all; it’s already here.

Spoke Phone is already using VoiceAI to save our users lots of time.

When you are on a phone call with Spoke and you hear something you would normally need to write down, simply shake your phone or tap a button, and Spoke writes it down for you. Once the call ends, keep talking to transcribe your thoughts into follow-up notes and text. All created content is sent to you via email entered into your customer record / task management system.

So robots are already here, and they’re already listening to everything you say. As shocking as it sounds, eventually, it’ll be so commonplace and accepted that no one will even care.

If you don’t believe me – have you heard of Facebook?

Ten years ago, if someone told you that you would willingly give up your privacy to a corporation, AND that you would actively help strangers track your every move and personal thought – you would call them crazy.

"This call uses AI to help me capture your instructions and write up notes about your job."

Write follow-up notes while they're fresh in your head

Customers today expect more than ever from brands they engage with, especially when they have a problem or are experiencing a crisis. In this e-book, learn the value of human-to-human experience and how well-integrated, mobile-first tools deliver a better experience.

Customers today expect more than ever from brands they engage with, especially when they have a problem or are experiencing a crisis.

Mobility means that customer support work can be done from anywhere. When workers can access their workplace experience from their personal devices, the business, the customer and the employee all win. 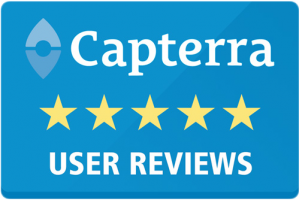